« Doctors Need to Know: Who is the Decision-Maker in Yorktown, New York? | Main | Financial Tips from a State Treasurer in New City, New York »

Leaving an Inheritance vs. Giving to Charity in Yorktown, New York 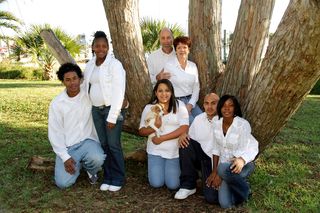 Is inherited wealth making a comeback?

Is leaving an inheritance a good or bad idea? Well, it all depends on who you ask. For example, a recently published book by French economist Thomas Piketty, “Capital in the Twenty-First Century,” argues that estates are getting larger and eventually most of the money in the world will be tied up in huge estates. The argument is that this is bad. Why? Because the wealthiest people will have done nothing to earn the wealth themselves and much of the money will never be spent. Consequently, the money will just accumulate in estates and remain outside the greater economy.

Not all economists see this as a necessarily bad thing. In a recent article in The New York Times titled “How Inherited Wealth Helps the Economy,” Harvard Professor N. Gregory Mankiw explains how those who save their money and leave an estate to their heirs actually induce a redistribution of wealth from the owners of capital to workers. He states, “Because capital is subject to diminishing returns, an increase in its supply causes each unit of capital to earn less. And because increased capital raises labor productivity, workers enjoy higher wages.”

Of course, many people for personal or political reasons do not want to leave everything to their families. There is not necessarily a right answer. No one should feel guilty for what he or she wants to do with his or her own wealth. Whether you want to give everything to charity or leave it to your family, you can get an estate plan that does exactly what you want.