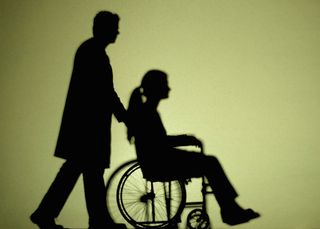 The new programs will be working with those in the private sector and nonprofits to help law enforcement attune to impalpable signals that could indicate mistreatment of this vulnerable population.

Los Angeles is taking a stand against elder abuse with new training programs for the private sector and nonprofits.

“Our office is in the forefront of domestic violence,” the City Attorney commented to the Los Angeles Daily News, as reported in an article titled "L.A. gets $1.6 million to combat elder abuse."

“Our office receives 11,000 cases of domestic violence each year, but last year, we received only 100 cases of elder abuse," the City Attorney noted.

He's certain there are more cases out there and that elder abuse is under-reported. Victims rely on caretakers, and because of that, are hesitant to come forward and make a report.

L.A. Mayor Garcetti said domestic abuse cases are increasing, even though other types of crime in Los Angeles are at historic lows. New programs will involve training for the private sector and nonprofits to assist law enforcement and to recognize symptoms that are sometimes hard to detect but that could indicate mistreatment of the city's seniors.

The mayor reminded readers that Los Angeles has "absolutely zero tolerance for domestic abuse, for sexual abuse, for elder abuse,” and that there is help for victims.

Los Angeles Assistant Police Chief Michel Moore was quoted in the original article as saying that a major issue with domestic violence is that it continues for generations and often brings about other criminal problems. Moore encouraged people to pay attention to the elderly, saying “If you see repeated signs of bruising or other problems, report it.” He added that friends and neighbors should watch for any increased isolation of an elderly person, which can be a sign of trouble.

This advice works the same in your community as it does in Los Angeles. If you have any concerns about the care of an elderly friend or loved one, speak with an elder law attorney. He or she can advise on the steps to take and work with you to make sure that your senior's interests are represented and they receive the care they need.