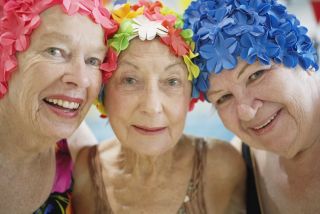 This year, two legislators who pressed for reform in 2014 are back with new bills they believe have stronger chances of success, as the excesses possible within Florida's guardianship system become more widely known.

A recent article in The Herald Tribune, titled “Legislation aims to curb abuses in guardianship system,” reports that two of Florida’s legislators are addressing the excesses possible within Florida's guardianship system. Florida law has a list of 14 rights that an elder may surrender as a result of the guardianship process. These include the rights to marry, vote, manage finances, determine where to live and accept medical care.

The Florida bill includes these types of actions:

The bill also contains language that could help make full guardianship a last resort, rather than a common practice, stating that a judge “may only remove those rights that the court finds the person is incapable of exercising.”

The bill's most important provisions are those that create court monitors, and that limit the practice of declaring emergency temporary guardianships. Current Florida statute doesn’t call for any emergency guardianships per se—however, in reality this is how most elder wards are stripped of their rights. A petition for emergency guardianship is approved (usually within a few days) and wards are often removed from their homes before a hearing is set on the issue.

The new Florida bill would mandate that an alleged incapacitated person and his or her lawyer be given 24 hours' notice of any hearing on a petition for emergency temporary guardianship. It also removes any financial incentive for professional guardians to have themselves declared temporary guardians and then automatically become permanent.

Elder abuse can happen anywhere.  Make sure that your senior loved ones are protected and on guard for abuse. Guardianship is a drastic step, and you should make sure that you’ve discussed this with an experienced elder law attorney.

and remember, the Parker Law Firm can handle your Flordia Estate Planning Needs as well.