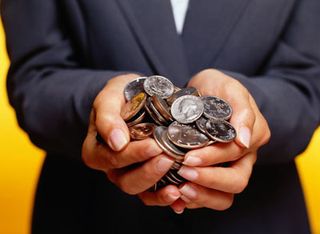 The classic story of a vulnerable wealthy elderly person being influenced by a caretaker who seeks to enrich him or herself has been updated in a dispute between a disinherited brother and psychiatrist/girlfriend of a Texas woman who is alleged to have been manipulated out of millions.

A successful and wealthy attorney with undisclosed medial health problems took a medical leave of absence from her law practice and travel to New York City for treatment by a psychiatrist. Five months after treatment began, according to a statement submitted in court, things got complicated.

Several years later, the heavily-medicated attorney, Amy Blumenthal, passed away. What is alleged to have happened during those years might shock some people.

Not too long after that, Amy slowly began rewriting her estate plan.

By the time she passed away all of her estate was designated to pass to Dr. Turner instead of her family.

Randy Blumenthal alleges that the doctor unduly influenced his mentally ill and vulnerable sister into giving up her estate. The doctor denies the allegations.

The New York Post reported this story in an article titled "Shrink convinced patient to be her lover, write her into $7M will: docs."

You might be wondering why this is not an open and shut case.

Is a therapist entering into a sexual relationship with her patient unethical? The answer is that of course it is, and that will undoubtedly weigh heavily in this case.

However, that fact alone does not necessarily mean that Blumenthal was not competent at the time she changed her estate plan in favor of Turner.

An inappropriate doctor/patient sexual relationship will be used as strong evidence in favor of undue influence, but it might not be the end of the inquiry.

I have heard this news from the side of my uncle when i came back from my https://www.goldenbustours.com/niagara-falls-bus-tour-packages/ and I felt sorry after hearing this shocking news.