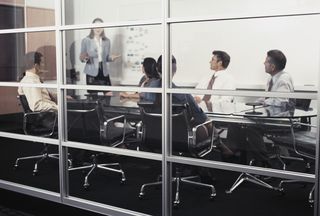 Conferences took place around the world this June as World Elder Abuse Awareness Day achieved its goal of generating awareness about this growing problem.

The Kern Valley Sun, in “Elder abuse and dementia,” reported on the 19th annual Elder Abuse Conference presented by the Kern County Aging and Adult Services. Participants came from a wide variety of disciplines and offered many resources for improving care and protecting the elderly—for seniors themselves as well as their families and caregivers.

Kern County reports receiving 350 elder abuse referrals every month, but they estimate that one out of 23 referrals go unreported because of potential reprisal, complex demands placed on the reporter, or just plain disregard. In California, elders are defined as persons 65 and older. Also in that state, elder abuse can be both criminal and civil—including abandonment, abduction, financial isolation, emotional exploitation, neglect, sexual abuse, and physical abuse.

The conference presenter, Kenneth S. Kosik, MD, is the Co-Director of the Neuroscience Research Institute at the University of California, Santa Barbara. In his speech, Kosik noted several highlights in his studies:

Dr. Kosik also reported on his current research with an extended family and a medical team in Colombia where these family members share a mutated gene contributing to early development of Alzheimer’s disease. Confirmed by blood tests, the disease is evident as early as age 45, and families of 12 to 15 show critical need for medical intervention. Clinical trials have been initiated. In addition, the doctor announced that three pharmaceutical companies are trying to develop effective drugs to interrupt the development of the disease. However, the most promising results are not expected until 2020.

The progressive nature of dementia or Alzheimer’s disease makes it imperative for anyone who has been diagnosed or has concerns about being diagnosed with either of these conditions to speak with an elder law attorney as soon as possible so that this individual can make decisions about his or her end-of-life care and prepare estate planning documents while still able to do so.