About 50 years ago, only 5% of the total assets of America's largest 50 foundations were held by spend-downs. In 2010, that number had risen to 24%, according to Bridgespan Group in Boston.

Today's charitable foundations seem to be shifting from maintenance for longevity to spending down and winding up.

This trend was identified in a recent article in The Wall Street Journal titled “The Rise of Spend-Down Philanthropy.” The hard numbers in the article come from an analysis by the Bridgespan Group which found a marked jump in spend-downs. As reported there, “About 50 years ago, only 5% of the total assets of America's largest 50 foundations were held by spend-downs. In 2010, that number had risen to 24%, according to Bridgespan Group in Boston.”

Why spend down? Well it varies from foundation to foundation, but then it also relates to the purpose and nature of the foundation in the first place. The foundation typically has a philanthropic goal set up at its creation, but that goal may not carry forward past the original creator. This is especially true in a family foundation and, eventually, mission drift becomes a sustainability issue. The family may even not grow around the goal in the way originally hoped – they have lives, after all, and may not have the ability to keep up the foundation – and so the longevity may be in question due to logistics rather than the goal. 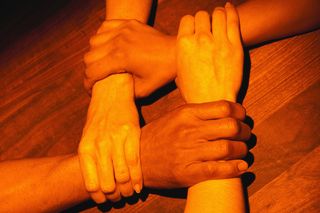 A spend-down mode should be meaningful to the donor, too. It means funds are going out the door and into the world, potentially having real effects today. Then again, and without a careful hand guiding the course, that doesn’t mean the cause is getting the biggest bang for its buck. These charities may tend to be less inquisitive and less thoughtful out of necessity of quick decision-making, and may not adopt long-term goals.

It is, if nothing else, an interesting trend to see the rise of the spend-down foundation, and maybe a meaningful one to think about when you think about your own goals in philanthropy.

No Need For Your Life Insurance in Yorktown, New York? Donate It! 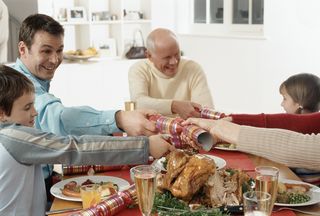 There are several ways to donate a life insurance policy to charity, according to the Planned Giving Design Center, Monroe, NC.

There are many advantages to life insurance as it can be a cushion against high-cost issues or a source of much-needed cash flow for your family. However, you might end up not needing it all. If this is the case, what do you do with the policy?

The good news is that you can kill two birds with one stone. Have you thought about donating your life insurance to a worthy cause?

WealthManagement.com explained the motive and the usefulness of the approach a short time ago in a recent article titled “Donating Life Insurance.”

What if it turns out that you won’t need that life insurance policy for which you scrimped to pay premiums over the years? Your children are grown and on their own, plus you have built up enough wealth to carry you and your spouse through retirement. Perhaps you have forgotten about that old policy sold to you by a college buddy when he was just getting into the business. In short, the policy is “found money” you really do not need now.

Consider this: your favorite charity could make good use of your policy and its eventual proceeds. Charities in the know are far more amenable to such unique gifts than you might realize. Now, instead of the eventual proceed being a potential tax burden to your estate, you can claim a current charitable deduction. Two birds with one stone.

Be sure to read the original article for more of the particulars. Then, before taking action, schedule a consultation with your estate planning attorney to make sure you connect all of the dots and get the best benefit while doing the most good. 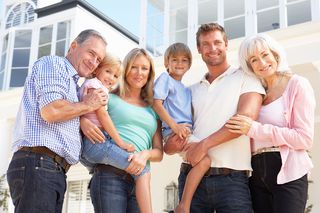 ... Large-scale strategic philanthropists are forcing family foundations of all sizes "to re-examine whether they're approaching their giving in a way that's likely to have the biggest impact." And, sometimes, as Pierce has found, a bigger impact can come from foundations of smaller sizes.

Small family charities and foundations can often be overshadowed by big-time charities– the Gates Foundations, the Case Foundations, former presidents and the Rockefellers of today. It’s an unfortunate problem of recognition that the Wall Street Journal points out over in “Small-Fry Family Foundations,” and many new charities face.

Many new retirees are ready for a new challenge and a second career of giving back. After all, once they are playing the “back nine” of life, several new retirees are looking to make a difference with the fruits of their life’s work. Many choose to create a family foundation to make the most meaningful use of their time and money, not to mention to achieve their charitable objectives.

How unfortunate it is, then, to see such lofty objectives fall by the wayside or simply go unnoticed because it is eclipsed. It’s crime enough to see mom-n’-pops go under when it comes to business and this isn’t just business; it is charity.

So what ingredients make a family foundation successful? How do you steal a bit of the limelight to help your cause? These are things to think about even in the formation of the foundation, and even as you consider this as a family mission and second career.

The original article contains advice and a case study or two to ponder if you already have or are considering creating a family foundation.

For more information about Charitable Giving and Family Foundations see my website.

The tax rules are clear: In order for charitable gifts of $250 and above to qualify for a deduction, there must be a letter detailing the amount of the donation and affirming that no goods or services were provided in connection with this gift…

If you are making a donation of more than $250, the charity must properly acknowledge your donation before the IRS will, and that means a letter. Indeed, the IRS is surprisingly literal about this and refuses to bend or accept other means of proof, even when people go out of their way to offer alternatives. You must have a letter written by the charity that clearly delineates the amount of the donation. Further, the letter also must affirm that no goods or services were rendered or, if there was an exchange, the letter must itemize and deduct the cost of those goods and services from the overall donation.

When comes to any tax deduction, charitable or otherwise, remember the IRS likes to have hard answers and cold facts. Laura Peebles, a director at Deloitte Tax in Washington summed it up for the WSJ, “If you don't have the correct paperwork, there's no way to fix the problem.”